When Ryan Fitzpatrick was signed to the Washington Football Team, many assumed he would be the unchallenged starter. However, head coach Ron Rivera had different plans.

Both quarterbacks are battling for the starting position, and the team is uncommitted to declaring a winner until they are well and ready. Here are five things to expect from the battle between the two quarterbacks before all is said and done:

#1 Not a real quarterback battle

#2 Fitzpatrick is likely to start

The Washington Football Team did not just pay Ryan Fitzpatrick $10 million (according to Spotrac) to backup Taylor Heinicke. If they were that unsure about Fitzpatrick being a fit, they would have drafted a quarterback. They skipped out on the opportunity, so they are all-in on Fitzpatrick. When the sun rises on the first Sunday of the season, Fitzpatrick should be the starter. 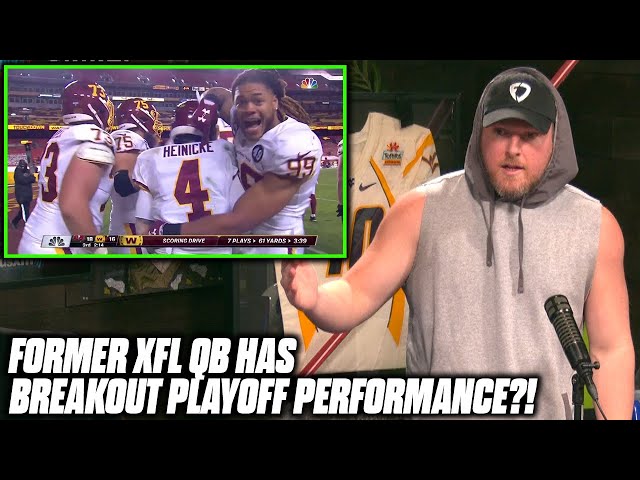 Taylor Heinicke will be playing as hard as he can, but his eyes will be on 2023. That’s because, in 2023, Heinicke will be a free agent. If he can play well in the preseason, his next contract could be a raise, albeit one limited by the backup market. Heinicke knows the deck is stacked against him in this competition, but he could still get something out of it.

#5 Neither quarterback may explode in the preseason

Now, through two preseason games, neither quarterback has put in an explosive performance. Both quarterbacks’ offenses have been stagnant, eventually putting up 17 and 13 points respectively in their first two games. Fitzpatrick and Heinicke both performed about the same way in preseason games. They didn’t put up any highlight plays, but also did not make any terrible mistakes.

If this is what both quarterbacks will be, the Washington Football Team could be watchable in 2021, assuming their defense remains as dominant as it was in 2020. In 2020, they were the second-best ranked team in the NFL.